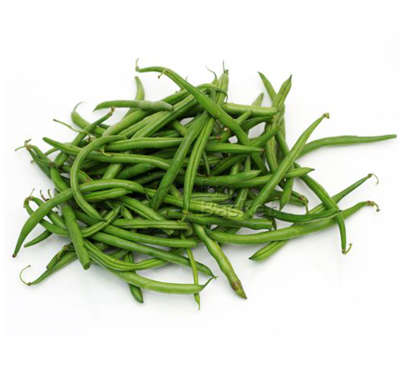 French bean also known as Rajma (Hindi) or haricot . Bean or kidney bean or common bean or snap bean, navy bean. It is valued for its protein rich (23%) seeds. Seeds are also rich in calcium, phosphorus and iron. The fresh pods and green leaves are used as vegetable. The antimetabolites of dry beans needs removal by cooking and soaking in water.

French beans are thought to have been originated in South and Central America. The cultivation of French beans was started 7000 years ago, by the Indian tribes settled in Tehuacan Valley of Mexico and in Callejon de Huaylas, Peru. When Christopher Columbus returned from his second voyage to the New World in the year 1493, he brought French beans with him in the Mediterranean region. French beans were considered to be rare to find and expensive but soon became one of the commonly used beans in the 19th century. In France, French beans were introduced in the year 1597 by the Conquistadors. French beans are defined as the unripe pod of any kind of beans, especially common beans, the pods of which are known as string beans. Scientifically known as 'Phaseolus vulgaris', the other names by which they are commonly known are green beans, runner beans, climbing beans, etc.